Advantages & disadvantages: Ivy or Virginia creeper on the facade 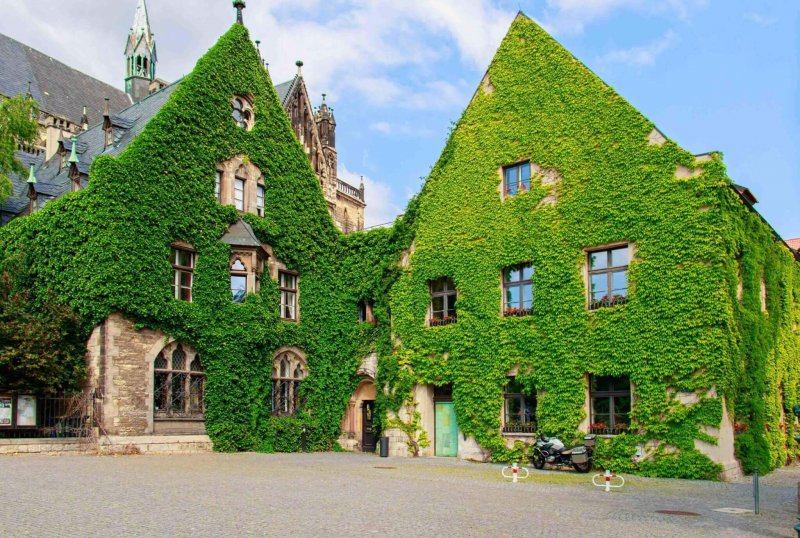 The greening of facades with plants such as ivy, wild vine or similar climbing plants with adhesive roots is not only an optical enhancement with regard to historical buildings, but also offers a more beautiful sight for a new building.

But climbing green plants on the facade have advantages and disadvantages. In this guide we have summarised the advantages and not so advantageous points of facade greening as well as the damage you may have to fear to the facade, insulation and masonry.

So if you ask yourself what advantages and disadvantages ivy has on the facade, read the following tips and tricks.

Advantages and disadvantages of ivy on the facade

In this guidebook we will clarify for you the question whether ivy on the outside wall of a house, garage, arbour or on the facade of another property is only beautiful or also harmful.

It is not uncommon for a climbing plant, which otherwise likes to climb trees as a beneficiary, to have various properties that should be known and used to achieve the best effect.

Not only visually, but also for the durability of the house and its plaster, insulation and masonry.

Even on bare walls, ivy and other plants such as wild vine, so-called knotweed, ray pens or even flora representatives known as tree shrikes should be used with caution.

Not only ivy is a fast growing and therefore popular climbing plant, which is used for greening facades. Other plants with similar adhesive roots and firmly gripping elements are also suitable for vertical greening of houses.

This looks good, but offers other advantages as well. For example, strong solar radiation in summer is kept away from the house wall, which ensures that the property does not heat up so much. This lowers the costs for cooling or air conditioning.

In addition, dense greenery can keep rain away from the facade, making it less susceptible to moss, algae, micro-organisms and dirt.

Another advantage of ivy is that this plant is very easy to care for. It can also thrive in shade and on poor soil.

Ivy is actually a forest plant which, with its sophisticated root system, can also survive in nutrient-poor soils and is used to a life rich in shade due to tall trees with full crowns.

The care is therefore also and above all limited to shortening the plant. Watering and fertilizing are no longer necessary during normal rainfall.

Climbing plants with adhesive roots: damage to the outer wall

Besides all the advantages, there are also some negative points with regard to climbing plants. For example, regular (annual) pruning is necessary to keep windows, doors and pipes clear.

In addition, damage already existing in the facade, plaster, insulation or masonry can be made worse by climbing plants. If, for example, the roots get under the plaster or stick to loose parts, cracks and holes will be widened.

This also causes water to penetrate the wall. Due to the dense ivy cover and the little sunlight, it evaporates poorly, which can lead to infestation with moss, algae, fungi (mould) and cooling.

In masonry, it is also possible that the roots of ivy, wild vine and similar vegetation damage the joints and penetrate between the bricks / tiles. Speaking of bricks: ivy and co. can also spread on roofs, canopies and similar extensions.

If they are not cut back, they will continue to grow, develop strong trunks and can thus carry a lot of weight, which weighs heavily on the roof, canopy or, for example, the balcony. Even before that they can lift roof tiles or cause other damage. The growth should therefore always be monitored and limited.

Spiders feel very comfortable in a wall of ivy and other climbing plants. Also and especially because insects often get lost in their webs there.

This is good if you want to protect yourself from mosquitoes and other insects. It is rather bad if you don’t have a fee in front of the windows and the spiders can get into the house.

With plants such as creeper, which also flower very conspicuously, bees and wasps will soon be added. In late summer, birds like to help themselves to various insects and the fruits of some plants for the facade greening. Anyone who likes to see them in front of or at the window will be delighted.

A facade should only be planted with ivy or other plants if it is in order, has no cracks or other damage. In addition, doors, windows, roof and other elements, as well as balconies and so on, should be easily accessible so that the facade greenery can be cut back. If the facade, wall, facade insulation or other components show signs of damage or if you already have problems with algae, mould, moss, lichen or the like, then you should perhaps refrain from greening the outer wall.

You can dry walls and facades with appropriate protective paints, sealants and a horizontal barrier. A facade impregnation also protects against microorganisms.

If you want to play it safe, use a climbing aid and climbing devices. From wooden checks to wire ropes, there are many different ways to guide the greenery into the right direction and keep it away from the facade and the facade paint applied to it. In addition, you do not need to do any major facade cleaning after removing ivy, virginia creeper or other plants.

The ivy-covered wall of a house can look beautiful. However, you should only plant a facade greening on an exterior wall without any existing damage.

If you also want to avoid damage to the maximum extent, you should attach climbing aids and climbing braces. This also helps to create a distance between the house and the plants, which promotes ventilation and thus drying – while too much sun is kept out.

For facades before or after planting as well as for the maintenance, upgrading and renovation of a facade, you will find the right products on proPERLA®.

The paints, sealants and horizontal barriers from proPERLA and RENOTEC ensure an insulated, energy-efficient and beautiful house.

Image by Viktor Forgacs on Unsplash When we see videos of waterproof paint, it looks too good to be true, to the point where it 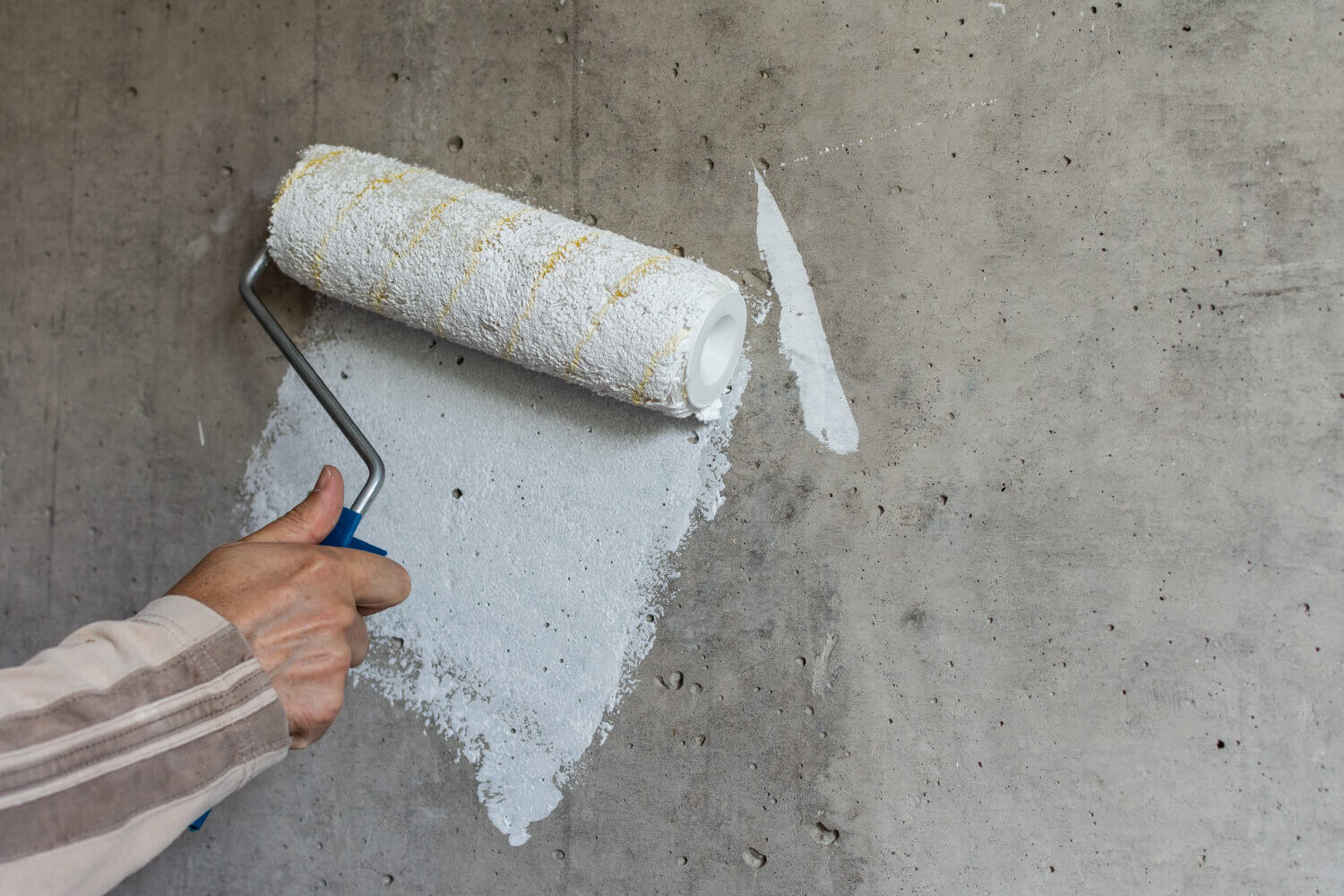 Painting vs Coating: Are They Two Sides of The Same Coin?

Duality is interweaved in the fabric of life in which we have always been entwined. In the same principle, verbs like ‘painting’ and ‘coating’ are 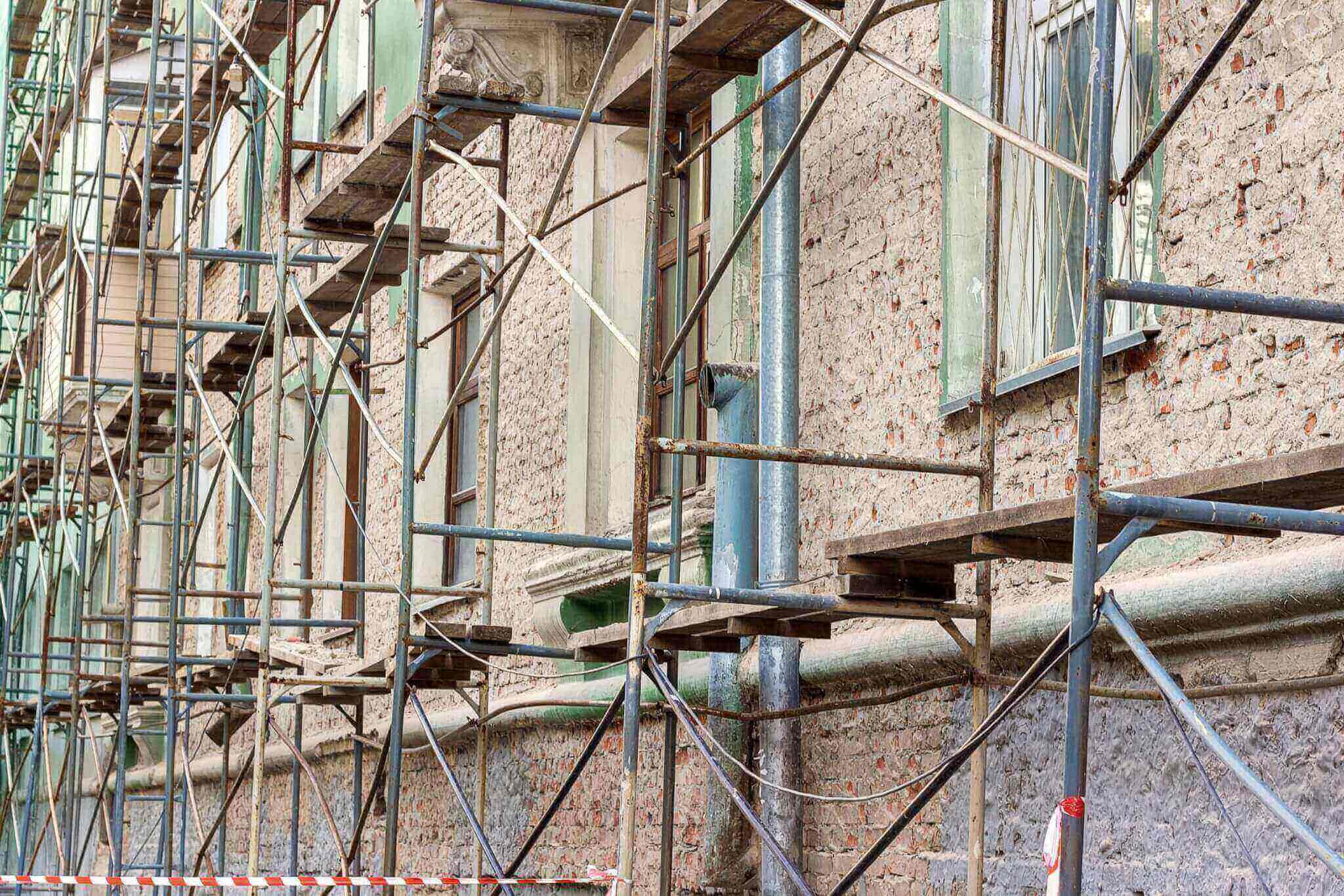