Emergence and prophylaxis: Algae and mildew stains on the house facade 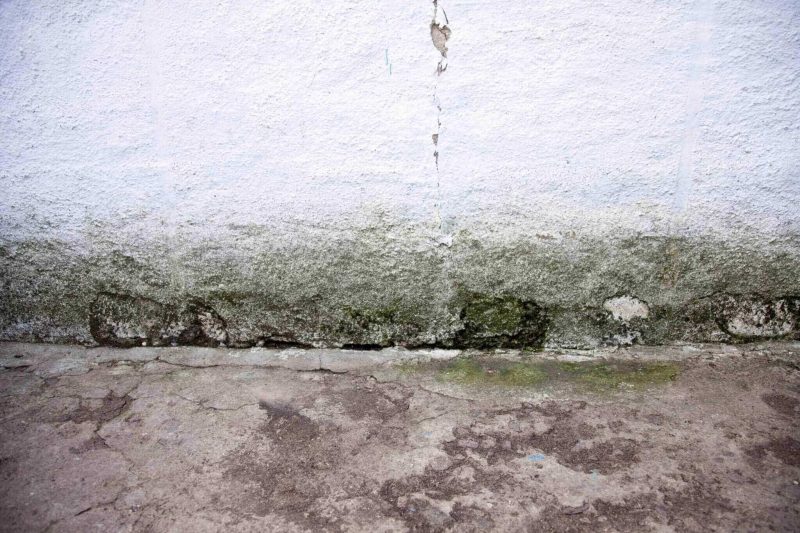 Many people who have built or renovated their house are annoyed when their house facade is infested with mould and algae only a short time after completion.

The affected exterior walls stand out due to green or grey to black shimmering streaks and veils. But how can mould and algae discolouration on the outer wall of a house occur? There are three very important conditions for this:

1. Microorganisms as the cause of infestation

To the first point it is simply explained that the spores of algae and fungi are everywhere in the air. However, the spores can only develop with the appropriate culture medium.

The Fraunhofer Institute has been able to identify over 140 different types of algae and fungi on exterior component surfaces in investigations. The most common type of algae is the green algae, closely followed by the red algae.

In the case of fungi, it is mainly the black fungus (black mold), which is found on the outer walls of buildings with its dark cell filaments and spores. But not only algae and mould colonise facades under certain conditions. Other species capable of colonizing exterior walls include bacteria, lichens, mosses and ferns. Very often, fungi and algae also colonize the plaster together.

Removing algae from the facade: that’s the way to do it! (Link)

2. The appropriate breeding ground for algae infestation and mould spores

Thus algae only need photosynthesis to grow, because they are autotrophic organisms. This means that they can form organic substances themselves by photosynthesis from water and carbon dioxide.

Fungal spores, on the other hand, need organic carbons for their growth. These organic carbons are found in dust (e.g. in fine dust in the air, which can then be deposited on the facade) or in dispersion plasters and paints. But even if the fungal spores do not find optimal growth conditions, they do not simply die.

The spores of the fungi attach themselves to the facade and persist until the conditions are better.

3. Moisture as an essential prerequisite for algae and mould growth

Permanent moisture as a third and existential prerequisite for mould and algae infestation can reach the spores of fungi and algae in various ways and thus contribute to their germination: technical progress has contributed to the greatest moisture phenomenon in this respect.

Since the insulation in our houses has been constantly improved, the microbiological infestation has also increased steadily.

The reason for this is that, thanks to the now very good insulation properties, the surface temperature on the wall surface falls below the outside temperature in the colder seasons or at cold nights.

As a result, condensation forms, in which the sprouts can germinate and thrive wonderfully. Since the west and north facades dry less quickly during the course of the day, this also explains why these weather sides are particularly affected by algae and mould.

There are, however, other reasons for excessive surface moisture: rain, splashing water in the plinth area, blocked gutters or blocked balcony drains and poorly formed drip noses.

Environmental conditions, such as valley floodplains near water bodies or a region with increased fogging can also be responsible for increased moisture.

Consequences of microbiological colonisation of the facades

Whether the fungal or algae infestation on facades is harmful or simply unattractive is a much-discussed topic in the professional world.

At least for the algae infestation it can be stated that although it is sometimes perceived as very annoying, it is apparently less bad for the plaster than the fungal infestation.

An algae infestation even shows that the air in the surrounding area is low in pollutants, as it promotes algae growth.

However, the consequences of mould infestation of exterior walls are more serious. Because once the outside walls have been colonized by mold, the mold concentration inside the building is also increased.

The protection of the facade against algae or fungal attack

To protect the plaster of his house from mould and algae, the homeowner can do a lot. There are special cleaning agents, disinfectants and sealants for exterior walls that are already infested, but these should only be used by qualified personnel.

As a homeowner, you should therefore not shy away from going to a specialist. There are companies that use our proPERLA brand products, which were developed not only to combat but also to prevent microbiological infestation.

Quality for highest demands in protection against algae or mould

Our proPERLA, COROSAN and RENOTEC products offer self-cleaning and breathable coatings with an extreme roll-off effect.

Facades treated with proPERLA paints are optimally protected against wind, weather and microorganisms for 15 to 20 years! We offer the facade paints in many beautiful colours. They can also be used on practically all house facades. So ask your site manager or restoration specialist about our products!

But we do not only have the perfect solution for the usual plaster and mineral facades. COROSAN is also available as a metal coating for metal and corrugated sheet metal surfaces, which guarantees optimum protection against surface erosion and rust.

This means that neither algae nor fungi have a chance of settling on the material.

For clinker brick buildings we offer a self-cleaning facade cream which ensures that water can only penetrate the brickwork to a minimum.

However, the breathability of the material remains the same. With this product, too, you as a homeowner can enjoy lasting facade protection for over 20 years.

In view of the long period of up to 20 years in which one is spared from micro-organisms such as fungi and algae if one pays attention to quality when designing a facade or renovating an exterior wall, one should fall back on brand quality.

Studies by renowned institutes, such as the Fraunhofer Institute, have repeatedly demonstrated the great importance of product quality in achieving a healthy feel-good climate and an attractive facade.

Those who only let the price decide on their facade design always pay twice. Brand companies such as BECO TREAT with products such as the proPERLA series, on the other hand, are constantly developing their products further and, with their extensive experience, ensure innovative and long-lasting 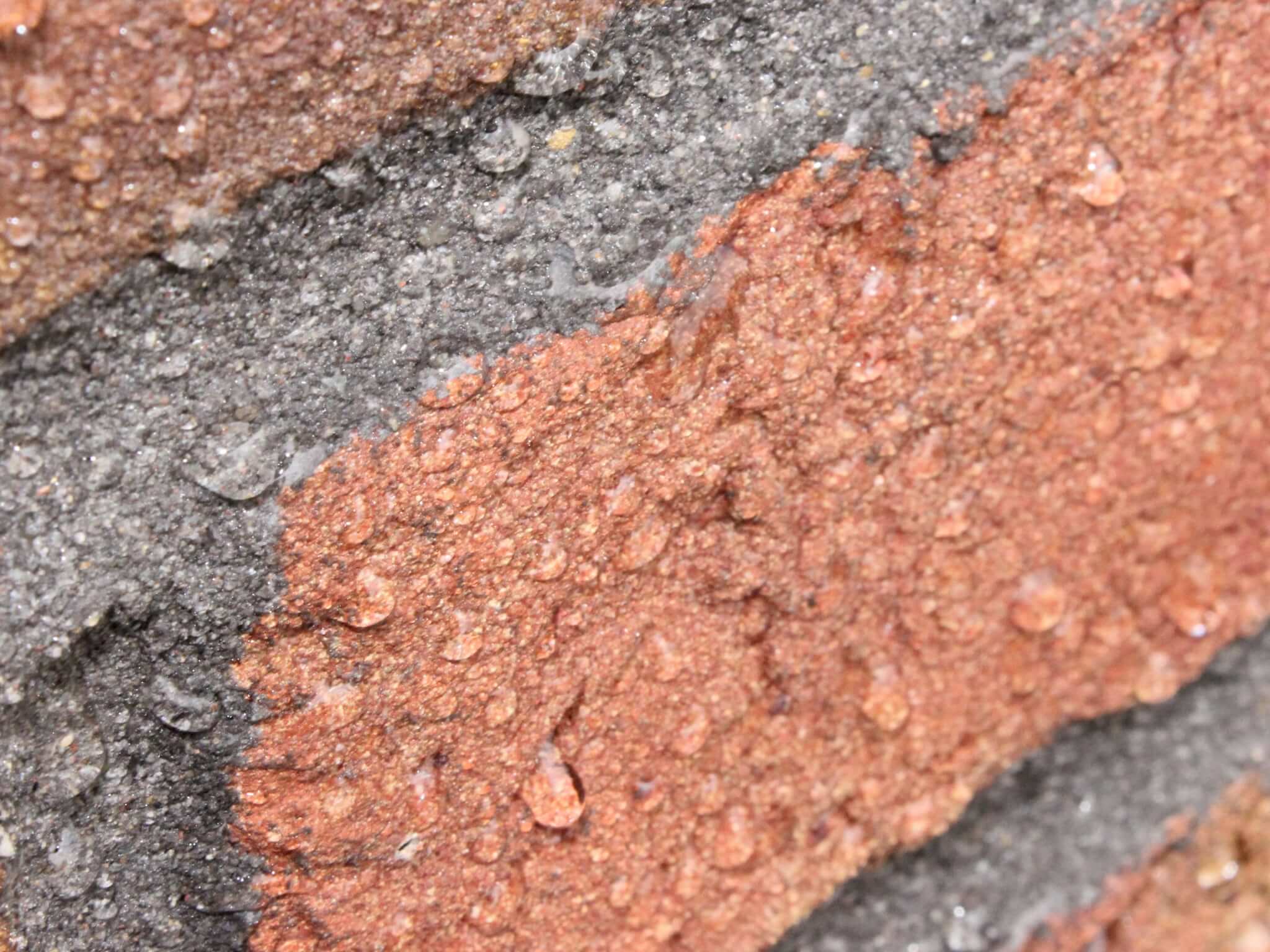 proPERLA® creates a super hydrophobic surface. The facade remains dry and moisture cannot penetrate through the wall into the insulation of your home. It is 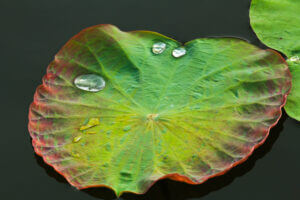 This is due to its self cleaning properties. Rain droplets clean this plant due to its water repellent microstructure. We have combined all our knowledge with 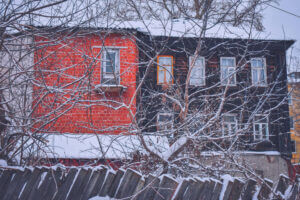 If water has access to the house interior through small cracks in the wall, inside temperature falls and ideal conditions for long-term moisture problems and a